Multiple Sclerosis remains one of the most devastating illnesses of young adults, the commonest cause of disability after trauma, and one of the most enigmatic puzzles in Medicine.

It is a complex and heterogeneous disease, in which both inflammation, demyelination – removal of the ‘cables’ which insulate and increase speed of signal transmission in nerves – and nerve fibre degeneration occur in the brain and spinal cord.

Repetitive immune attack against the myelin sheaths and oligodendrocytes, the cells that produce myelin, mark the first phase of disease in most patients.  These events are termed relapses and cause temporary disability in themselves.  This may be followed, or in some cases primarily established, by a slow cumulative degeneration of nerve axons, which leads to slow accumulation of disability  –  the secondary progressive phase.

Work at the Brain Repair Centre has focused on attempts to repair the myelin loss, and attempts to generate new neurons as an assay to test reparative drugs, and possibly for transplantation.

Various factors that prevent remyelination have been identified and there are also several growth factors that can stimulate the process.  Further, Cambridge has led the way in the trial of novel therapies (Campath-1H: alemtuzumab) that may not only reduce relapses in MS, but also prevent disability, and in the inception and development of international genome-wide association studies to find new susceptibility genes.

A clinical trial of treatment with bone marrow-derived stem cell transplantation is in the planning stage. 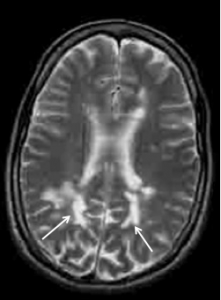