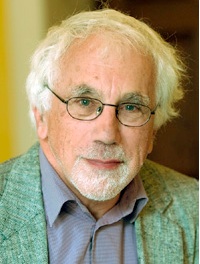 My interests centre on the way hormones alter the function of the brain.  I focus on three principal areas:

Part of the brain called the hippocampus, which is known to be concerned with storing recent memory,  continues to make new neurons throughout adult life. However, the hippocampus is very vulnerable to injury; for example, it is one of the first parts of the brain to be affected by Alzheimer’s disease.  Its ability to make new neurons is very sensitive to a number of events, particularly the action of ‘stress’ hormones such as cortisol. Cortisol drastically reduces the formation of new neurons, whereas another hormone, DHEA, increases it and can offset some of the actions of cortisol. DHEA decreases in man with age, which may account for some of the memory difficulties associated with ageing.  Some drugs increase the formation of new nerve cells in the hippocampus: these include anti-depressants (such as Prozac) and this has suggested that their action on depression may, in some way, be related to the growth of new neurons in the hippocampus. We are studying these actions, as well as the ability of grafts of brain tissue to repair the damaged hippocampus.

The role of stress hormones (such as cortisol) in depression

My clinical work is carried out in collaboration with psychiatrists and psychologists interested in the risks for depression, particularly in young people (adolescents). Individuals with higher (though normal) levels of cortisol are at increased risk of depression if they experience adversity in their lives.  Furthermore, adversity early in life (for example, poor parenting) results in increased cortisol levels in these infants when they reach adolescence.  This may influence their susceptibility to mental illness.  Girls also have higher levels of cortisol than boys, and a greater incidence of depression. We are now studying how cortisol and other factors (eg social and psychological ones) interact with common variations in a person’s genes (such as those regulating serotonin or growth factors in the brain, such as  BDNF) to increase the risk for depression, or offer some protection against this serious illness in people experiencing severe adversities in their lives. We are also interested in why a history of chronic or repeated depression enhances the risk for subsequent Alzheimer’s disease.

Hormones and genes in financial decision-making

People who work in high risk occupations, such as financial traders (but also airline pilots, surgeons, footballers and racing drivers etc)  have to make rapid decisions with important consequences both for themselves and for others.  In collaboration with economists and others I am studying how individual differences in hormones, particularly testosterone and cortisol, influence such decisions and the appetite for financial risk-taking, and how the genetic makeup of different traders also contributes to their success or otherwise under the severe pressure that such jobs entail.

Drawings from my book “Testosterone: sex, power and the will to win”. Dominant male monkeys have higher testosterone than subordinates, and display their formidable canines, whereas the facial expression of subordinates may be equivalent to the human smile. (Alan Dixson)

I currently write a blog on Psychology Today  https://www.psychologytoday.com/

Some recent books and papers. 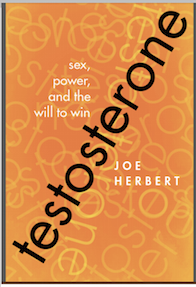 Testosterone: Sex, power and the will to win. Oxford University Press  (April 2015)

Herbert, J and Lucassen, PJ (2016) Depression as a risk factor for Alzheimer’s disease: Genes,
steroids, cytokines and neurogenesis – What do we need to know?  Frontiers in neuroendocrinology.  online

The Minder Brain (How your brain keeps you alive, protects you from danger, and ensures that you reproduce).  World Scientific Press 2009

Gilhooley MJ.,  Pinnock SB, Herbert J. (2011) Rhythmic expression of per1 in the dentate gyrus is suppressed by corticosterone: Implications for neurogenesis. Neuroscience Letters 489 177-181

Pinnock SB, Blake AM, Platt NJ, Herbert J (2010) The roles of BDNF, pCREB and Wnt3a in the latent period preceding activation of progenitor cell mitosis in the adult dentate gyrus by fluoxetine. PLoS ONE 5, e13652

AlAhmed S, Herbert J.(2010) Effect of agomelatine and its interaction with the daily corticosterone rhythm on progenitor cell proliferation in the dentate gyrus of the adult rat.  Neuropharmacology, 59, 375-379